The Hudson River Valley Institute, a Center of Excellence at Marist dedicated to studying the history and culture of the Hudson River Valley, celebrated its 20th anniversary throughout 2022 with a variety of programs and initiatives involving the Marist community and beyond.

To mark the occasion, the staff at the institute wrote an article that appears in the spring 2022 issue of HRVI’s peer-reviewed journal of regional studies, The Hudson River Valley Review. The article highlights many of the organizations (including the National Endowment for the Humanities and the Hudson River Valley National Heritage Area), people, and programs of prominence during the first 20 years and features the evolution of HRVI’s website www.hudsonrivervalley.org, a digital resource that houses materials for researchers, educators, heritage tourists, and the general public. Further, the article recognizes the essential role of the nearly 200 Marist students who have completed internships since 2002.

In celebration of the ever-growing group of Marist alumni who have completed an internship, HRVI has been featuring former students in a yearlong social media initiative on Instagram and Facebook. These updates have been seen by more than 20,000 people and show the variety of career paths that can come from the institute’s interdisciplinary internship experiences. In the interview-style spotlights, alumni reflect on the importance of their time at HRVI to their education and work, with careers such as teaching, library sciences, public history, and law all featuring prominently among the individuals recognized. Many intern alumni cite their experience as being a transformative time in their development from undergraduate students to job candidates and professionals, and their work with the HRVI staff as their first experience putting classroom education to use in a professional setting.

In addition to a year of celebration, 2022 has also been a year of transition for HRVI. In conjunction with the retirement of Col. (Ret.) James M. Johnson, the institute’s founding executive director and Dr. Frank T. Bumpus Chair in Hudson River Valley History, HRVI launched an ongoing fundraiser to establish the endowed Dr. James M. and Lois S. Johnson Student Research Fund. The fund is designed to enable interns to undertake more impactful experiences and develop more in-depth projects as well as to allow students from a variety of economic backgrounds equal access to the enrichment potential that comes from a fully realized internship with HRVI.

“From our beginning, interns have been the lifeblood of HRVI,” said Johnson. “Their work becomes part of HRVI’s publicly available content and provides them with valuable experience that prepares them for graduate school and for their careers. Lois and I have each spent many years as educators and as supporters of Hudson River Valley history, and we are deeply honored to have an initiative that combines both of those passions and bears our names.” To learn more about the Johnson Student Research Fund, visit www.hudsonrivervalley.org/johnsonstudentfund.

On Aug. 20, 2022, at Marist’s historic Colonel Oliver Hazard Payne Mansion, HRVI staff, supporters, friends, and intern alumni gathered to formally mark the 20th anniversary of the institute and honor Johnson on his retirement. The program included remarks from HRVI Director Dr. Thomas Wermuth ’84 and Advisory Board Chair Alex Reese among others.  Dr. Johnson received a Certificate of Appreciation from New York State Historian Devin Lander recognizing his many contributions to the study of the history of New York, with specific emphasis on his work studying the American Revolution. The guests included approximately 30 former interns dating from the very first group in 2002 through members of the recently graduated Class of 2022, many of whom met for the first time at the event.

HRVI’s year of transition continued at the 11th annual Handel-Krom Lecture in Hudson River Valley History on Sept. 29, which was offered as the institute’s first program combining both in-person and virtual attendees after several years of successful programming that was offered online only. The lecture featured author Philip Dray discussing his recently published book, A Lynching at Port Jervis: Race and Reckoning in the Gilded Age. During the event, Wermuth announced HRVI’s Operations Director Andrew Villani ’08/’13MPA as the institute’s new executive director.

A former student of Johnson’s and former intern at HRVI, Villani has been a member of the institute’s team since 2008, serving in several different roles.

“Our 20th anniversary has been a great opportunity to look back at the early days and celebrate the contributions of our founders, early supporters, and many student interns who helped to get HRVI off the ground,” said Villani. “It has also given us a chance to look to the future and identify new opportunities to build on that growth and success in a meaningful way. I am thrilled and honored to guide the Hudson River Valley Institute into its next 20 years.”

Planning is already underway for 2023. “We are already looking at the next round of articles for publication, projects for our internships, and speakers for our two major lectures,” said Villani. “Stay tuned for an exciting array of programs coming up in the near future!” 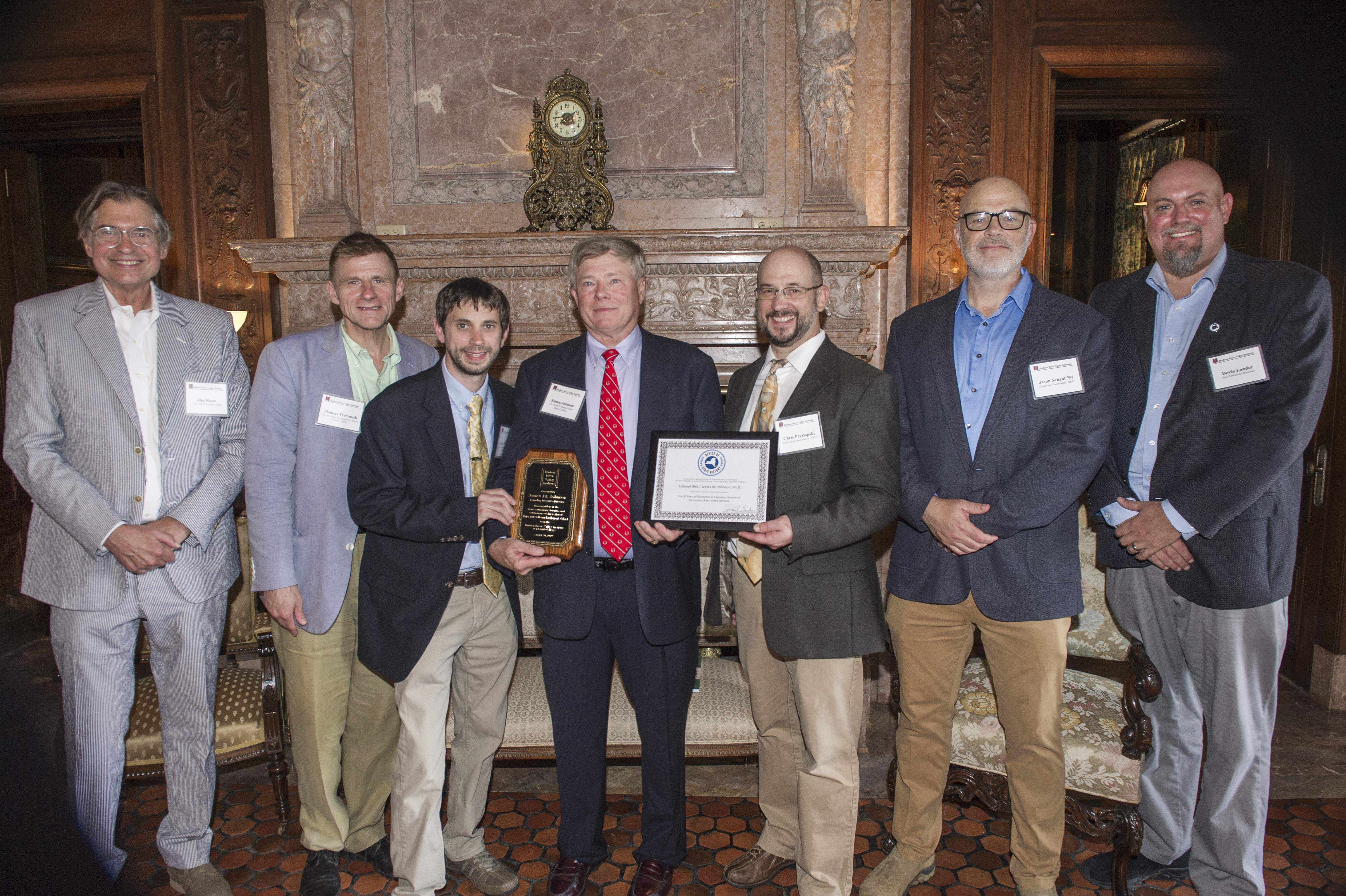 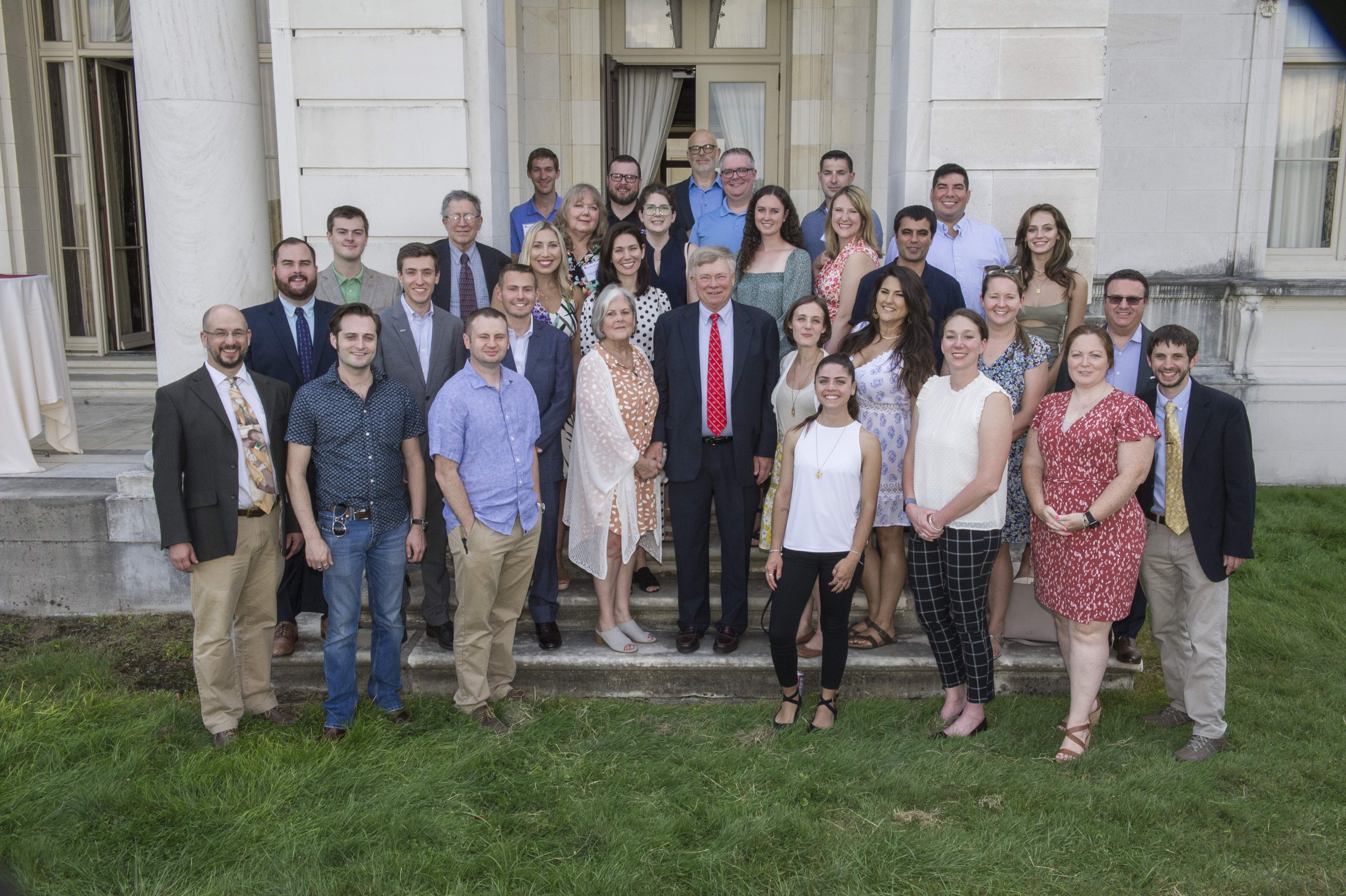