In 2021 the Marist College Board of Trustees welcomed three new members. Dirk McMahon ’82, president and chief operating officer of UnitedHealth Group (NYSE: UNH) and Donna Dillenberger, IBM Fellow at the company’s Research Center in Yorktown Heights and CTO of systems research for Hybrid Cloud, were elected to the board at its February meeting, while Kristin Noto ’91, an entrepreneur and author with extensive experience serving not-for-profit organizations, was elected at the November annual meeting.

McMahon, who graduated from Marist with a BS in finance, has held senior leadership positions across both UnitedHealth Group business platforms — UnitedHealthcare and Optum. Most recently, he served as chief executive officer of UnitedHealthcare, the nation’s largest health insurer. Prior to that, he was president and chief operating officer of Optum, a global health services company, and head of airport operations worldwide for Northwest Airlines. In addition to earning his undergraduate degree from Marist, McMahon received an MBA from the University of Notre Dame. He and his family reside in Minnesota.

Noto received a BA in psychology from Marist, and her father is also an alumnus of the College. She is the author of Live E.P.I.C.: Invest in Yourself. Cultivate Character, and Embrace the 7 Moral Virtues that Lead to a Happier Life, as well as an inventor with several registered patents on houseware products. Noto also serves on the West Coast Advisory Board for the Child Mind Institute, a nonprofit organization dedicated to transforming the lives of children, families, and communities affected by mental illness and learning disabilities. She is a former executive board member of the USA Lacrosse Foundation. Noto and her family live in Northern California. 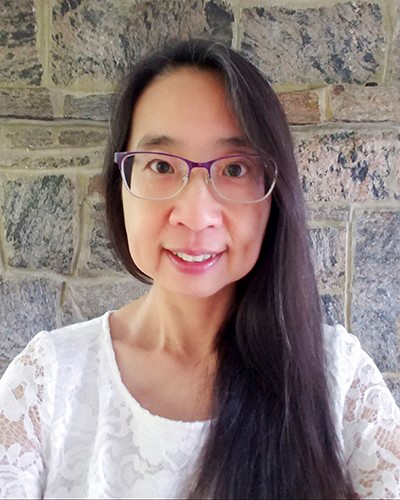 Dillenberger has had a distinguished career at IBM and currently serves as IBM Fellow at the company’s Research Center in Yorktown Heights and CTO of systems research for Hybrid Cloud. Her focus is on machine learning, counterfeit detection, cloud security and availability, and enterprise systems. In the past, Dillenberger has worked on machine learning models for the financial, insurance, retail, and healthcare industries and has designed new features for systems scalability and availability. She is the author of numerous research publications and holds multiple patents, becoming a Master Inventor at IBM. In recognition of her work, IBM’s CEO appointed her an IBM Fellow, the highest technical honor at the company. IBM Fellows are given broad latitude to identify and pursue projects. In the history of IBM, only 317 people have received such a distinction.

Dillenberger received her BS in mathematics from New York University and an MS in computer science from Columbia University. She was an adjunct professor at Columbia’s Graduate School of Engineering and was a lecturer at the Massachusetts Institute of Technology, Rensselaer Polytechnic Institute, and Stanford University.