The Marist Institute for Public Opinion at Marist College prides itself on opening doors for students. From the classroom to the collection of data on national issues, it’s the student workers who power the Marist Poll.

Founded in 1978, the Marist Institute for Public Opinion, commonly referred to as the Marist College Poll or MIPO, was the first college-based research center to include undergraduates in conducting survey research. Today thousands of Marist students have participated in polling, workshops, courses and seminars, field trips, and internships.

“Over the more than 40 years since the Marist Poll first started measuring public opinion, we have changed our technology many times as the Poll gained recognition for its accuracy and newsworthiness,” said Dr. Lee M. Miringoff, the Poll’s founder and director. But the formula has always stayed the same. If the idea is something I would have liked to pursue as an undergraduate, then we find a way to make it happen at Marist.” 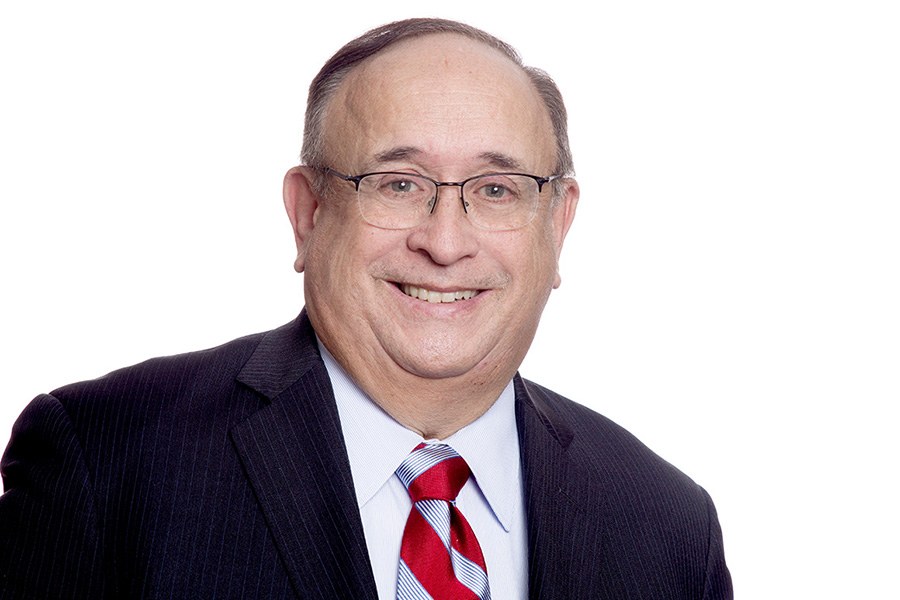 Along the way MIPO has become one of the top polling institutes in the country. Its polls are cited by news media worldwide and it received top grades from website FiveThirtyEight, which specializes in opinion poll analysis. The NPR/PBS NewsHour/Marist Poll was one of five polls used by the nonpartisan, nonprofit Commission on Presidential Debates to determine eligibility for the 2020 general election presidential and vice presidential debates. To be chosen, a poll had to meet three requirements: reliable frequency of polling and sample size employed, methodological rigor, and the survey’s longevity and reputation. The NPR/PBS NewsHour/Marist Poll was the only college-based survey to be included in the group of qualifying polls. The other four were the ABC/Washington Post Poll, CNN Poll, Fox News Poll, and the NBC/Wall Street Journal.

MIPO’s students are its backbone. The undergraduate workforce’s main contributions are interviews that provide the Poll’s results, but it contributes much more. Just about every aspect of the Marist Poll — from its polling to its media platforms to its data analysis — involves students.

Engaging students in the Marist Poll has been a key objective since its inception. The idea for a polling institute at Marist was born out of a classroom activity that Miringoff designed when he was teaching in the fall of 1978. He guided 100 students in conducting an exit poll in Dutchess County, where Marist is located, tallying the responses by hand.

“I think what makes the Marist Poll unique from any other poll, even polls that are at other colleges and universities, is the Marist Poll has always been an educational vehicle for the students at Marist College,” said Dr. Barbara Carvalho ’79, the director of the Marist Poll. 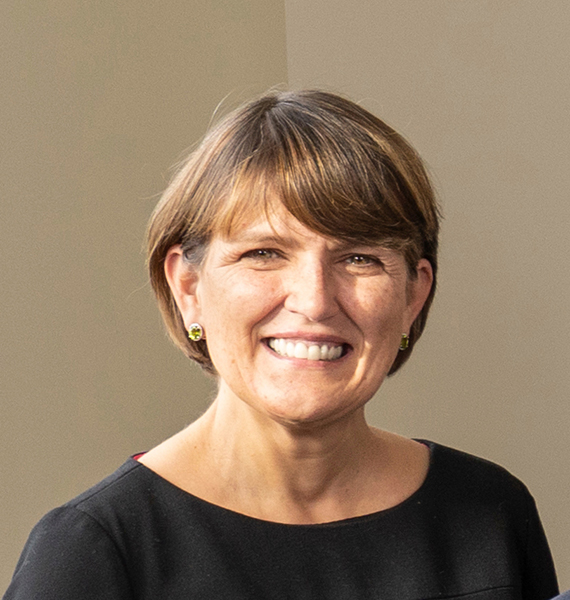 Every student starts as an interviewer who makes phone calls and collects the responses. They read carefully worded questions and click the answer that the respondent gives on a computer screen.

Interviewers can be promoted to the managerial position of coach or head coach, who assists interviewers and works with administrators as well. The work is done in teams: one head coach, one or two coaches, and 10 to 12 interviewers. There are other positions beyond the polling side of the MIPO operation that upperclassmen can fill including field assistant, media assistant, podcast production assistant, and many more.

Students from various disciplines see the Marist Poll as a workplace that’s appropriate for their field of study. The job appealed to Morel and Victoria Howard ’21 — both political science majors, and the former graduated with a double-major in poli sci and journalism — because it offered a chance to work in areas relevant to their studies. Michelle Maloney ’22, who is studying cyber security, simply saw MIPO as an interesting part-time job opportunity.

Hannah Kirk ’20 who now manages the survey center started working with the Marist Poll two weeks into freshman year at Marist because the job is an easy one to secure. “It’s pretty much a guaranteed job as long as you go through all the training processes and you take it seriously,” she said.

“I definitely love the job because of how many people I get to talk to, which started out as mostly me interviewing people,” Howard said. “I liked talking to constituents. But then, growing from there, being a coach, you get to interact with other students and help them complete their calls.”

Working with the Marist Poll offers plenty of exciting opportunities, such as election-related events and field trips. In their most recent trip, students traveled to the New Hampshire primaries in February of 2020. “We got to see one of the debates in New Hampshire, we went to several rallies for presidential candidates, we got to be in the audience for Meet the Press with Chuck Todd. That was really cool,” Morel said. “It was like being a reporter and following the New Hampshire primary. That was such a unique experience.”

Just a month after the trip, the COVID-19 pandemic necessitated an overhaul of MIPO’s operation. Until the pandemic, rows of students would make calls in MIPO’s survey center, located on the third floor of the Hancock Center, gathering answers from respondents nationwide.

In mid-March, when the pandemic led New York State to order the closure of most of its organizations, including all colleges and universities, MIPO implemented a polling system that allowed Marist students to conduct telephone polling from their homes. More than 200 students participated in virtual polling during the 2020 spring semester.

In several regards, it actually made the job easier. “It’s hard to find anything positive to say about a pandemic but what it did was it broke down the walls, figuratively, in Hancock where we had a fixed number of workstations,” Miringoff said. The new software allows them to deploy double the number of interviewers, which allows them to run polls more frequently. Carvalho said that students didn’t have any trouble switching to an online workplace. It was one thing that actually kept everyone all connected.

During the fall 2020 semester, the Marist Poll continued to use a remote polling setup in addition to its on-premises operations. Similarly, the Poll continued to record Poll Hub, its weekly podcast, coordinating with students remotely.

Students participated in polls done in collaboration with the Marist Poll’s longstanding national polling partners NPR and the PBS NewsHour, monitoring public opinion on a range of issues. The Poll teamed up with its battleground-state polling partner, NBC News, to conduct eight polls on the presidential contest in the most competitive electoral states: Arizona, Florida, Michigan, North Carolina, Pennsylvania, and Wisconsin.

The pandemic also created the right environment to create an internship program, College 2 Career. “The C2C program developed during the height of the pandemic,” said Mary Griffith, director of media initiatives and polling news. “We recognized a need for Marist students who may be missing out on the opportunity to experience an internship because of the situation and the circumstances in which we were all living.” C2C has two tracks: the news/marketing side, which combines social media content creation, public relations, and marketing, and the data/project-managing side, which involves statistical analysis and polling. In spring 2021, the Marist Poll welcomed 12 C2C student interns from a variety of majors.

With so many avenues for learning, MIPO clearly is dedicated to the student experience first. The latest expansion of the Marist Poll is a pre-college program that launched this summer. Students enrolling at Marist can take a three-week course called “Data Science for Polling and Political Communication” that features lessons about the purpose/impact of polling, the actual experience of conducting a poll, and creating social media content.

In the course of fulfilling its academic mission to educate, MIPO has raised awareness of Marist College enormously. According to the media monitoring service Meltwater, the Marist Poll generated an ad equivalency of more than $743 million in 2020.

But at MIPO, name recognition and stature are not the main sources of motivation. Six of the nine Marist Poll administrators attended the College, and their goal is to offer an educational experience for their fellow Red Foxes.

Howard says that recruiters have noticed the Marist Poll on her résumé and asked about her experience with it. “I think being a poli sci major from Marist and working four years at the Marist Poll shows that it wasn’t just a major,” she said.

Kirk said MIPO offers students valuable communication skills. The unique nature of the job — talking with strangers over the phone seeking information and opinions from them — can be a trial by fire at first but still helps students learn.

“I think it helps students know how to properly phrase questions and how to speak professionally,” she said. “That’s something that I’ve noticed — a lot of students don’t necessarily have those skills, which is totally understandable if you’ve never had an internship or a job before. But being able to be the first step for a lot of students in the professional atmosphere…is a great resource that the Marist Poll offers.”

The Marist Institute for Public Opinion may be best-known for its public opinion polling, but there’s another, equally as important dimension to the Institute — its Client Services division.

The Marist Poll has conducted proprietary research for several of the world’s most influential businesses and organizations for decades. Building on that longstanding history, the Marist Poll recently enhanced its client services offerings in the wake of a global pandemic. From a new high-tech remote survey center to expanded products and services (including Marist Poll Open Surveys which provide cost-sharing benefits to clients), virtual focus groups, online surveys, and consulting services, the Marist Poll is well-equipped to fulfill the needs of clients in need of high-quality, scientific-based research that will provide the crucial insights needed to make key business and organizational decisions.

The revitalized client services arm of the Poll was a silver lining as the survey research industry and the world, at large, grappled with the impact of the COVID-19 pandemic. Through hard work and innovative thinking, the Marist Poll team addressed those challenges head on and crafted new opportunities.

“The coronavirus pandemic led us to reevaluate the way we operate and the types of products and services we offer to our clients,” said Mike Conte, director of data analysis at the Poll. “In adapting to the increasingly virtual work environment, we focused on developing our product and service offerings to ensure that we remain a strong presence in the research field and continue to grow and evolve as a premier research organization for years to come.”

The Marist Poll’s Client Services division has collaborated with leaders in the world of business, including IBM, Marriott, Yum! Brands, and the Children’s Health Fund.